We are committed to providing a home environment where the residents have access to service and care to achieve optimal outcomes. We value relationships within the home, maintaining community connections to ensure our residents quality of everyday life and quality of care. Explore our photo gallery and see what Chelsey Park has to offer. There’s always something going on, check out upcoming programs and activities. 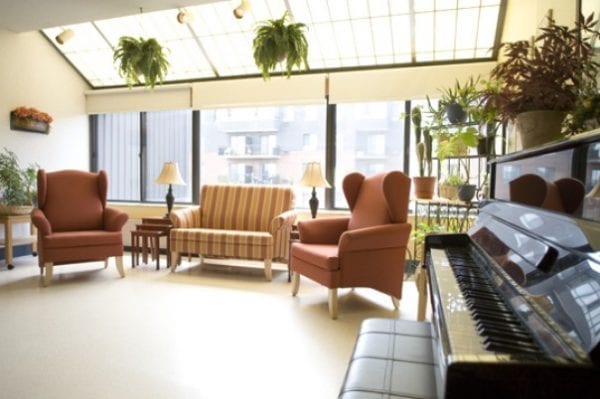 We’d love to show you around, drop by or contact us here to schedule a tour.

Although London does have a Thames River, a Covent Garden Market and a Piccadilly Street, don’t mistaken it with London, England. Instead, this London is a substantially smaller city in Southwestern Ontario that is surrounded by woodlands and farmlands. In fact, it is known as ‘The Forest City’ because when it was first formed it was done so by clearing land in the middle of a forest.

“On behalf of myself and my family, I would like to thank each and every one of you for the genuine care and compassion that you showed not only to my father but also to the other residents of our home. I tell everyone who asks about the excellent care he received there.”

“I want to thank each and every one of you for all the loving care that you gave my father. I cannot express enough the thanks I have for the tenderness and genuine caring that you gave to him. I was truly blessed that he went to your home.”

“This letter comes to commend your staff for a very welcoming admission. Lindsey was ready to welcome us and had a welcome sign in the lobby. My mother couldn’t see this due to vision loss, but Lindsey thoughtfully mentioned it to Mom upon her arrival.

I was impressed by the very thorough admission process… every aspect of Mom’s recent health care was reviewed, and Lindsey was very knowledgeable and quick to determine Mom’s needs.

I also wish to thank your dietician… Sue.. who made time to talk with us. She made a point of making the admission process “all about my mother”. Sue took Mom’s arm and her hand, due to Mom’s low vision, and was very compassionate in trying to determine Mom’s needs. Sue explained that all food was made on site, e.g., tomato soup. Mom said that it was her favourite and when I saw Mom at lunch she was enjoying… tomato soup. I’m not sure if was on the menu that day, but it sure made Mom feel comfortable… and I feel that Sue had something to do with Mom’s first lunch…

Please extend my thanks to all of your staff for the amazing compassion that they show to residents.

Mom has only been there a short time, but all staff have shown her the utmost respect and care.”

No decision is more important than the place you choose to call home.
Creating Caring Environments for seniors is a remarkable responsibility that Southbridge Care Homes takes seriously. We recognize that each resident is unique and strive to ensure our residents feel connected, supported, loved and cared for.

Our team is dedicated to support you in your daily activities, enhancing your well-being and quality of life.

Nursing and personal care is provided on a 24-hour basis, including care given by or under the supervision of a registered nurse.

We provide dietary services focused on each resident’s individual needs.

We offer a wide variety of programs and activities to fit our residents’ needs and abilities.

We employ a sincere and personal approach, in assisting the resident in attaining the maximum possible potential in all areas of functioning in a safe and secure environment.

Our partners in care include dentists, pharmacists, optometrists, foot care services and more.
CONTACT US TO SCHEDULE YOUR TOUR

QUESTIONS ABOUT CHELSEY PARK?
INTERESTED IN TAKING A TOUR?

Complete the following form and we’ll be in touch as soon as possible.